Four words that I can’t seem to get out of my mind right now.

I mean for months,  I’ve been trying to get my thoughts around these words and make sense of them.  I thought they were independent but the more I tried to separate them the more they merged together.

Almost 20 years in to this parenting gig, I recognize that because no two days are exactly alike it is better for me to focus more on the rhythm we are in.  Sometimes we call them seasons, phases, stages, chapters and oftentimes we wish them away and other times, we don’t want them to ever end.

You can’t account for the syncopations that occur in the midst of the rhythm but they happen all to often:

The fall off a bicycle.

The gash in one son’s head because another son threw a brick at him, and the cleaning of the blood, and the wiping of tears, and the discipline that must follow.

The nursing and cuddles of a sick baby.

The project that hasn’t been started and is due TOMORROW!

The reading lesson that takes an hour or more instead of the 20 minutes that the book promised!

The days sometimes seemed so long, but the season was OH. SO. SHORT!

There are rhythms in the monotony.

We start our third decade of parenting this week and I’m a little confused as to how that can be possible.  As I reflect, this is what I remember..

Much of the first decade the rhythm was changing diapers, nursing babies, praying for ouchies, correcting behaviors, bedtime stories and prayers, preparing food, feeding children, cleaning up the kitchen ALL. DAY. LONG.  As that decade came to a close and the next one began I spent hours preparing lesson plans, homeschooling our big kids,  working part time jobs sometimes in the wee hours of the morning, all the while still feeding them, trying to get them to be nice to each other, preparing meal plans, lesson plans, and dreaming of dinner and a movie  or secret, adventurous getaway with my honey plans!

About half way through that decade we stopped homeschooling, so our rhythm shifted.  Earlier mornings out the door. Trusting the Lord on new levels because the children weren’t with me all day each day.  New opportunities for ministering to women. Aging parents began living with us. Late night talks with teenagers…Girlfriends, heartbreaks, kids made poor choices and great choices.  Thought provoking conversations with people I birthed causing me to truly seek the Lord; His heart, His wisdom, His grace like never before.

The rhythm was different but things were happening in the monotony.

Not monotony as in a dull, boring way but in a “same” kind of way.

(Just for fun- get this song in your head. https://youtu.be/ODjCufSt6_I)

Getting up day after day, doing the same things over and over, with the occasional syncopation throwing our rhythm completely off.  Often, we long for adventure, excitement, and thrill but our changing, our becoming, happens mostly in the monotony.  The repetitive motions, the act of serving our family, the cry to the Lord that we may do it in a way that honors Him.  The recognition that our lives will only be as fulfilling as we learn to see the grace in all.  That we learn to love what must be done, whether that is in our job, as a wife, as a mother…the rhythms in the monotony cause us to become over time, often over decades.

Rick and Landon, each start new decades this year.  Rick turned 40 and Landon turns 20 this week.  For anyone struggling in math, this means Landon is the age Rick was when we shifted from a family of 2 to 3.  That’s caused me to reflect on the man Rick was and the man he has become.  Oh, when he was 20, he was everything I could’ve ever wanted, but at 40 he is so much more than I could’ve asked, thought or imagined.  20 years ago, all I wanted was to be a wife and mother, and I’ve been so blessed to get to live my dream. As I’ve watched that blond haired, blue eyed little boy grow in to an adult, and his siblings following him at gutwrenching speeds, it has been the hardest, scariest, most fulfilling, most painful, satisfying, frustrating thing I’ve ever done.
The decades fly by, sweet mommas, don’t wish them away.  Don’t doubt that each day is important even if it seems monotonous.
The Lord is building things in you and in them that are good, and necessary, and beneficial.

Sometimes we only think about decades after they have happened but as Rick and I sit on the edge of the next decade of life which will likely include an empty nest, launching children in to adulthood, weddings, and grandbabies, and possibly the loss of parents,  truthfully, there are some scary things to come, but I must trust that the underlying rhythms, the ones that anchor us, that sustained us through the first decades of seeking Him, trusting Him, and allowing Him to work in our hearts, even in the midst of the monotony will continue to carry us, that come what may we will give all that we are as we are becoming all we’ve been created to be. 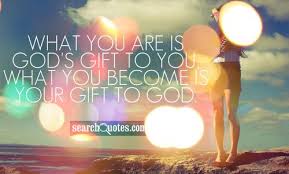